CHANDIGARH-17. 05. 22-Religious leaders belonging to diverse religions and denominations held a candlelight vigil and prayers for Buffalo supermarket shooting victims in Reno (Nevada) on May 15. Organ...

Young essayists reflect on the ‘call to discipleship’ - in 2022 and beyond - Clarion Herald - New Orleans, LA

Nursing Day 2022: 5 holy women we remember on this day Today May 12, International Nursing Day 2022, we remember those holy women who, for the most part, are recognized for having contributed to this profession or dedicating themselves to the care of the ...

Lives of the saints – St Kateri Tekakwitha, the Lily of the Mohawks SAINT Kateri Tekakwitha was united with the suffering of Christ from an early age. She was born to a Mohawk father and a Christianised Algonquin mother in 1656 in North America. She contracted smallpox when she was four years old. The outbreak killed her family. Her skin was scarred from the disease, which was a source of humiliation in her youth. Orphaned, she was raised by her uncle, who was a Mohawk chief and deeply anti-Christian. As she grew up, she proved herself to be a valuable member of...

Mount Carmel Academy senior Olivia Edler said she knew God was calling her to share her story when she was asked to give a testimonial to 97 sixth and seventh graders at middle school retreat at St. C...

Young essayists reflect on the ‘call to discipleship’ - in 2022 and beyond - Clarion Herald - New Orleans, LA

May 16, 2022 This spring, Brother Martin High School sponsored its second annual “Joy of the Resurrection” essay contest, open to Archdiocese of New Orleans boys and girls in grades 5-7, posing the fo...

Two hundred thirty laypersons who have devoted themselves to the work of the Catholic Church throughout the Archdiocese of New Orleans will be awarded the Order of St. Louis IX Medallion in ceremonies...

Real+True, a digital project from OSV inspired by the Catechism of the Catholic Church, receives endorsement from the Holy See and expands outreach around the world 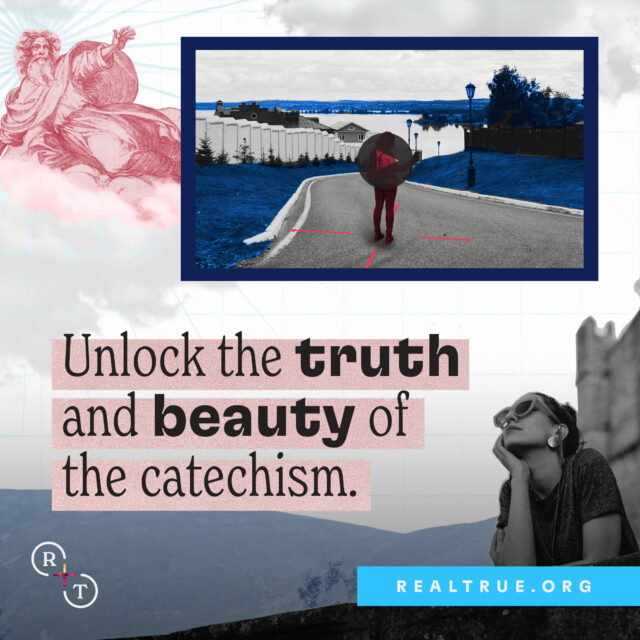 Real+True videos reach 1. 75 million views in first months across all four languages: English, Spanish, Portuguese, and French Real+True, a project of OSV that publishes digital content based on the Catechism of the Catholic Church in English, Spanis...