Prof V Kamakoti, who led the research team that designed and booted up India''s first indigenously developed microprocessor ''SHAKTI'', is the new director of the prestigious Indian Institute of Techn...

The newly appointed vice-chancellor of Dr APJ Abdul Kalam Technical University (AKTU), Professor Pradeep Kumar Mishra, said he is not in favour of AKTU holding offline exams especially at a time when ... India''s ''rocket man'' Kailasavadivoo Sivan, popularly known as K Sivan, has been an inspiration for many aspiring youngsters to build their career in space technology. From being a farmer''s son stu...

AKTU Practical Exams to be Conducted Online from January 14

Despite months-long protests, students of the Dr APJ Abdul Kalam Technical University (AKTU), Lucknow had to take the written exams offline. Now, with rising cases of omicron, the university has decid...

National Youth Day: Why Vivekananda is Considered a Youth Icon

January 12 is celebrated as the National Youth Day which is also the birth anniversary of Swami Vivekananda. Born in 1863, his ideals have been a great source of inspiration for the Indian youth and hence in 1985, his birth anniversary was declared as National Youth Day. A great philosopher and monk, he was born Narendranath Datta in Kolkata, West Bengal. Vivekananda believed that it was only in selflessness and trying to serve the larger humanity can one truly find religion and God. He also bel...

Dr APJ Abdul Kalam Technical University (AKTU), Lucknow will conduct the practical exams for all odd semester in online mode except the third semester of BTech and BPharm courses. As per the official ...

AKTU Exams To Be Held As Per Schedule, Classes In Online Mode Till January 16

The Dr APJ Abdul Kalam Technical University (AKTU) will conduct classes in the university and its affiliated colleges in online mode till January 16 in view of the surge in active Covid cases. The uni... 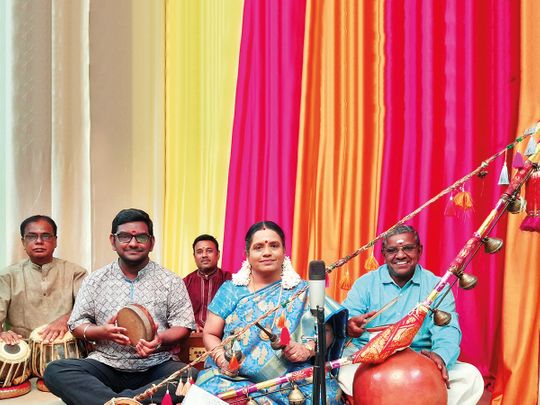 Dubai: Are you ready to experience an ancient traditional folk song performance from South India? Then you should watch the Villupattu by Bharathi Thirumurugan, accompanied by her husband and son, at ...

Due to a spike in Covid-19 cases, universities, both government and private, are slowly switching to conduct remaining exams in online mode or have deferred them for later dates waiting for the situat...

The Uttar Pradesh assembly polls are being seen as a litmus test for Jayant Chaudhary, 43, who came to lead the Rashtriya Lok Dal (RLD) after the party''s founder president and his father Ajit Singh died due to Covid-19 complications at the age of 82...